The Book of the Martyrs is the Seed of the Church 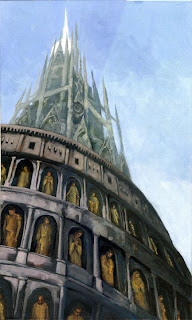 "The blood of the martyrs is the seed of the Church" - Tertullian c. AD 150-229 (Christian father and apologist, alive during the 4th and 5th Roman persecutions, wrote "Apologeticus", 197 AD )

Despite efforts by the Roman Empire to snuff out the early Church & the tens, if not hundreds, of thousands of Christians martyred in the Roman colosseums for the peoples entertainment, the number of followers continued to multiply. If a sect could have been snuffed out within 200 years of it's conception it would have during the Roman persecutions. However the Gospel of Jesus Christ was, and is, unstoppable. The persecutions in Rome only served a fuel and fan to spread the Gospel like wildfire throughout the world.

This illustration was an effort to depict the ages of the Church that grew out of the deaths of the early Christians.
Posted by amy h r donahue at 11:46 PM 1 comments 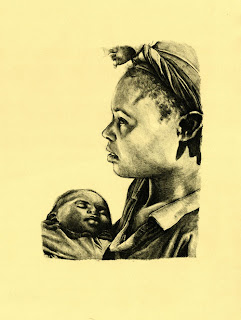 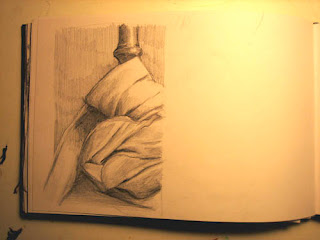 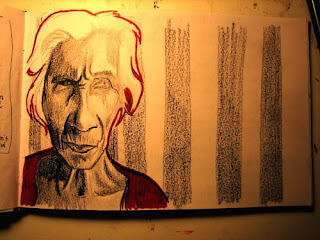 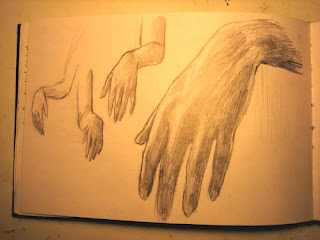 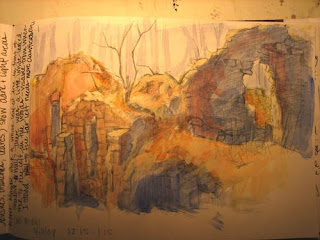 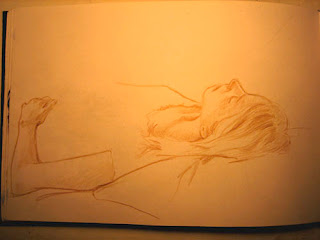 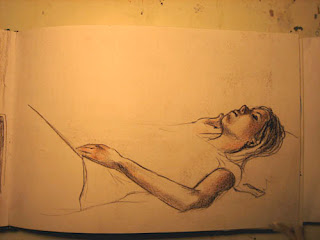 naturally, i don't really care about the subject of the piece, i just love the brushstroke, the pencil mark, the pen hatches, the watermarks.

(i'm still trying to figure out how to be an artist.)
Posted by amy h r donahue at 7:50 PM 1 comments